RCEP: To BLOC or Not to BLOCK?

On 15 November 2020, 15 Asia-Pacific countries signed the Regional Comprehensive Economic Partnership (RCEP), thus sealing one of the biggest trade deals in history. RCEP brings together the 10 countries of the Association of Southeast Asian Nations (ASEAN) – Brunei, Cambodia, Indonesia, Laos, Malaysia, Myanmar, the Philippines, Singapore, Thailand and Vietnam – together with Australia, China, Japan, New Zealand and South Korea. The Joint Statement by the 15 leaders “acknowledge that the RCEP Agreement is critical for our region’s response to the COVID-19 pandemic and will play an important role in building the region’s resilience through inclusive and sustainable post-pandemic economic recovery process.”

While RCEP effectively creates an economic bloc covering a third of the world’s population and economic output, it does not include the US, which remains the world’s largest economy. Furthermore, the grouping would have been even larger if India had not withdrawn from the talks. So, what are the chief benefits to members, and what could be potential drawbacks that might deter others from joining? Do countries outside the region or their companies see practical advantages in engaging with RCEP? Or is it only the latest in a series of regional groupings that pose challenges to those not on the inside and to the wider WTO in general?

The ASEF Seminar, RCEP: To Bloc or not to Block? addressed these and other relevant issues surrounding the formation of the biggest trade bloc in history. A panel of distinguished experts below, moderated by ASEF Deputy Executive Director Ambassador Léon Faber, shared their thoughts:

HE Ms Barbara Plinkert is the European Union’s Ambassador to Singapore since Oct 2017. From 2015 to 2017, Mrs Plinkert served as Head of Division for Headquarters Security and EEAS Security Policy at the European External Action Service (EEAS) in Brussels. Between 2004 and 2015, she held positions in Africa and Central Asia as Deputy Head of the EU Delegation to Ethiopia, as Head of Sector responsible for Social Sectors in the EU Delegation to Zimbabwe and as Chargé d’Affaires a.i. of the Regionalised Delegation of the European Commission to Tajikistan.

Mr Federico Donato is the President of the European Chamber of Commerce (EuroCham) in Singapore and Council Member of Singapore Business Federation. Based in Singapore since 2005 to head the Italian Corporate Desk of Sanpaolo Bank in South East Asia, Federico switched to the private banking industry in 2006, joining Credit Suisse Singapore where he worked until 2010, when he moved to asset manager UBI Capital to head the European Desk. Since 2018, Frederico is the Senior Advisor at Credit Suisse Private Banking, catering to Ultra High Net Worth Individuals, Institutions and Pension Funds.

Ms Mary Elizabeth Chelliah is the Principal Trade Specialist (PTS) at the Ministry of Trade and Industry (MTI) as well as Head (Academic Branch) of the MTI Trade Academy. With her wealth of experience, Elizabeth stewards the building and institutionalising of expertise amongst MTI Trade officers focussing on WTO and FTA rules; trade facilitation competencies and internationalisation strategies. Since 2002, Elizabeth has led various FTA negotiations as Singapore’s goods lead negotiator, including the TPP and EUSFTA, and the Chief Negotiator for the Peru-Singapore FTA and the most recent JSEPA review. Elizabeth also chaired the RCEP IP Working Group.

Ms Locknie Hsu is a Professor of Law at the Singapore Management University (SMU). Prof Hsu specialises in International Trade and Investment Law, focussing on issues in dispute settlement, the digital economy and ASEAN economic integration. She has participated in Singapore’s Free Trade Agreement (FTA) negotiations, such as those with Australia and Japan, and teaches and publishes regularly in the above areas.

Ambassador Léon FABER, the Deputy Executive Director of the Asia-Europe Foundation (ASEF), is a seasoned career diplomat with nearly 30 years of experience. His previous postings include being Head of Mission, European Union Delegation to the Lao PDR; Deputy Secretary General, Ministry of Foreign Affairs in Luxembourg; Chargé d’affaires of Luxembourg, Embassy in Hanoi. He has worked in the areas of Human Rights, Health and Humanitarian Affairs and he has more than 20 years of experience in Development Cooperation. 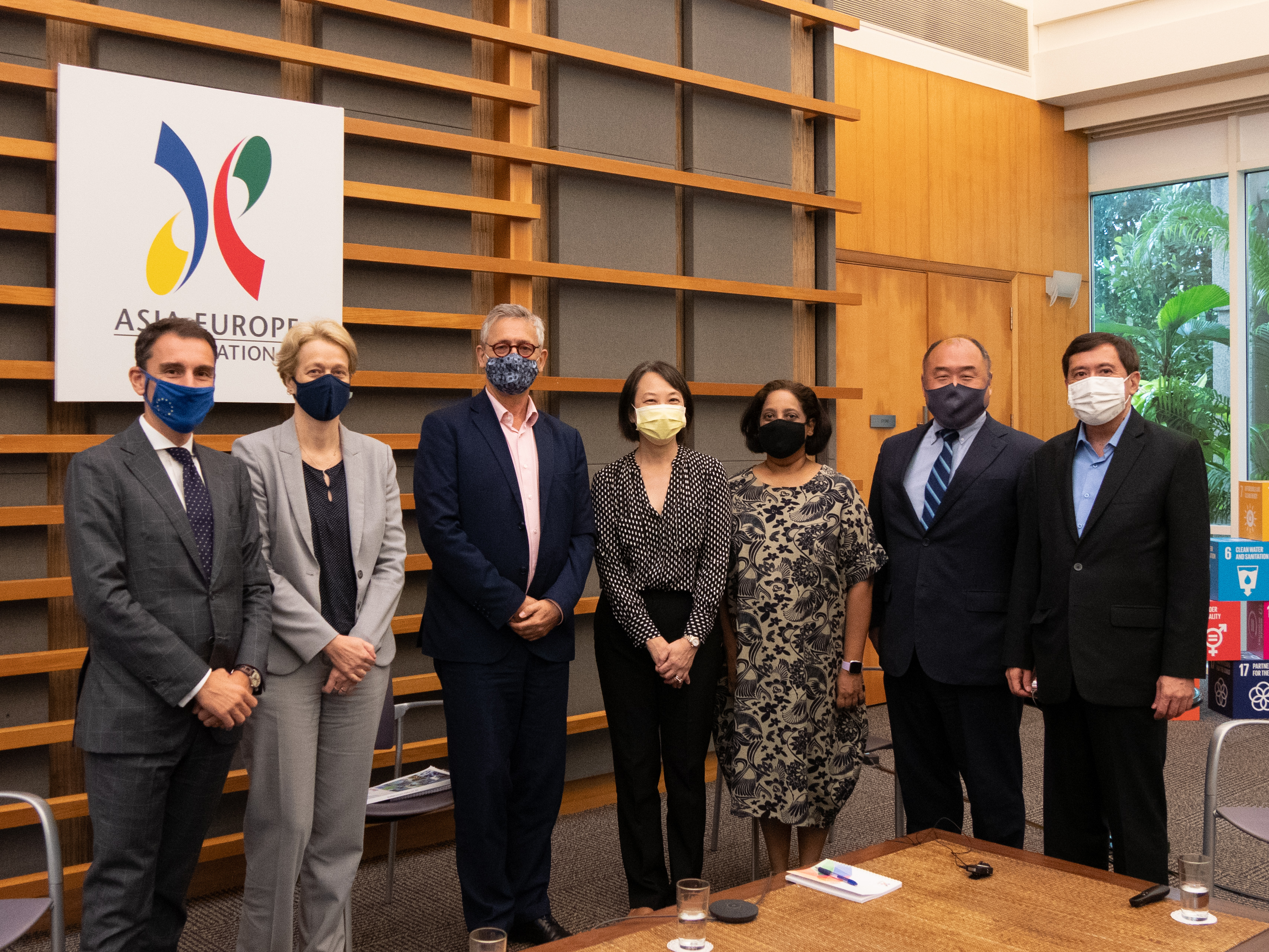 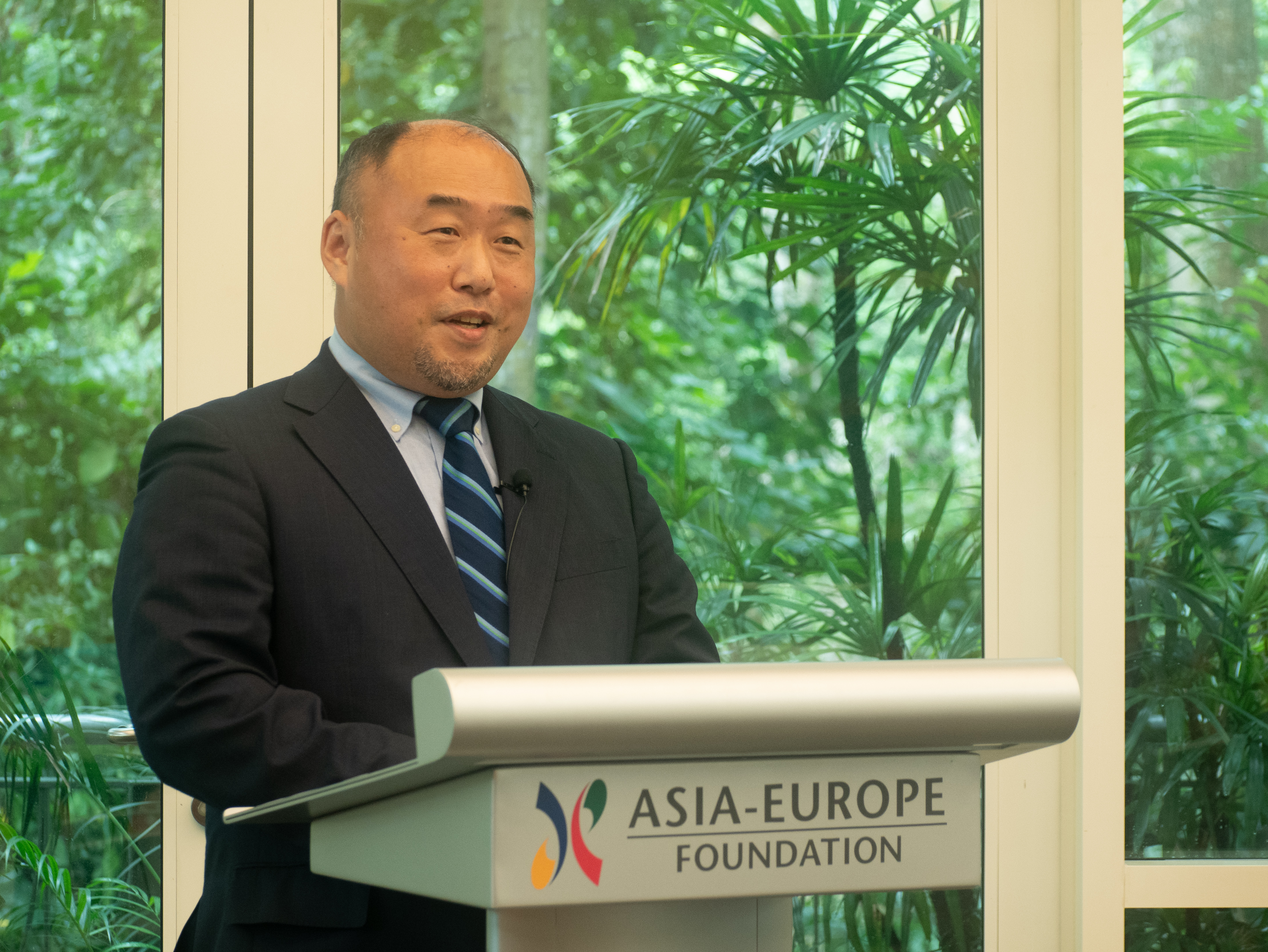 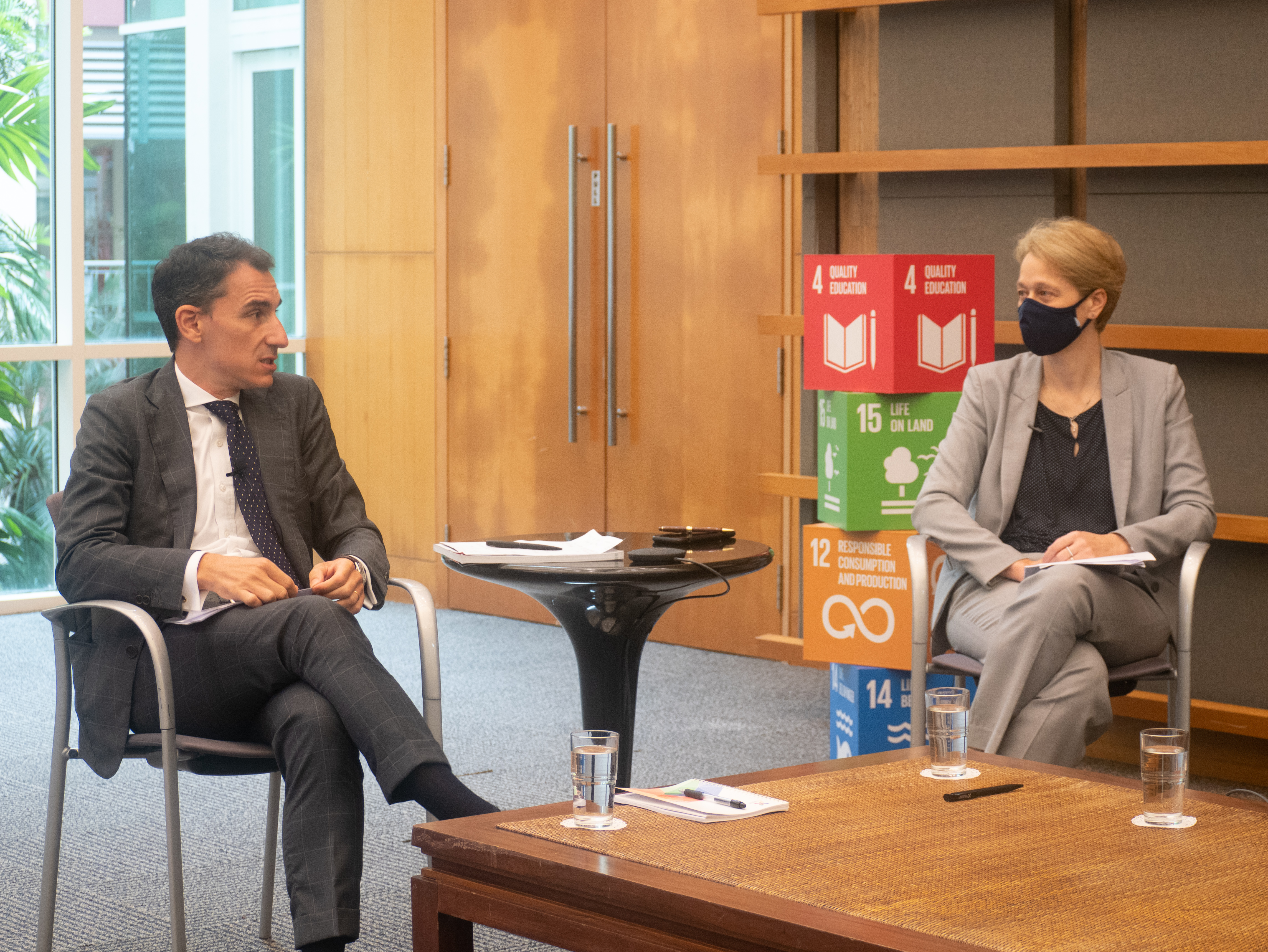 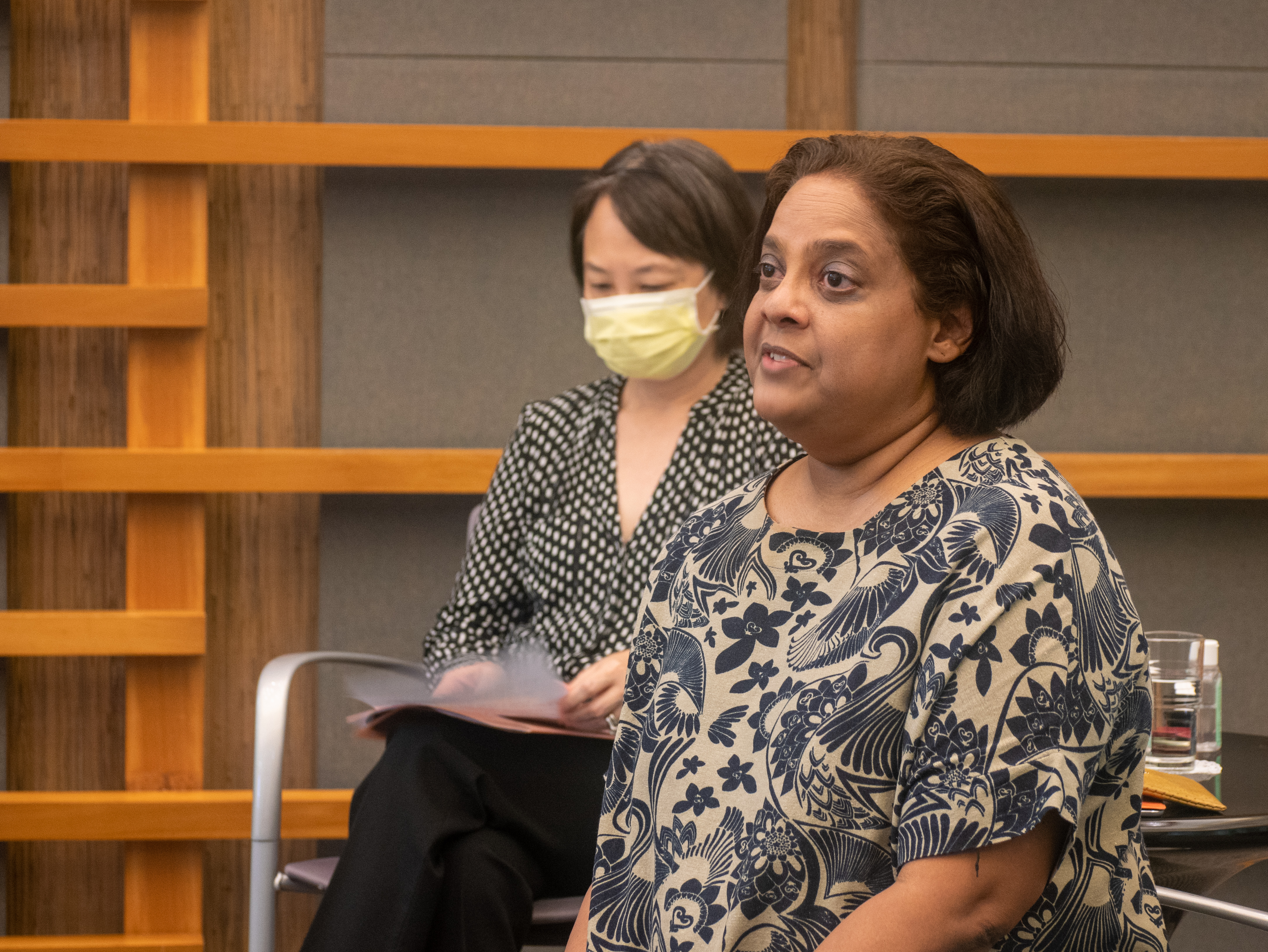 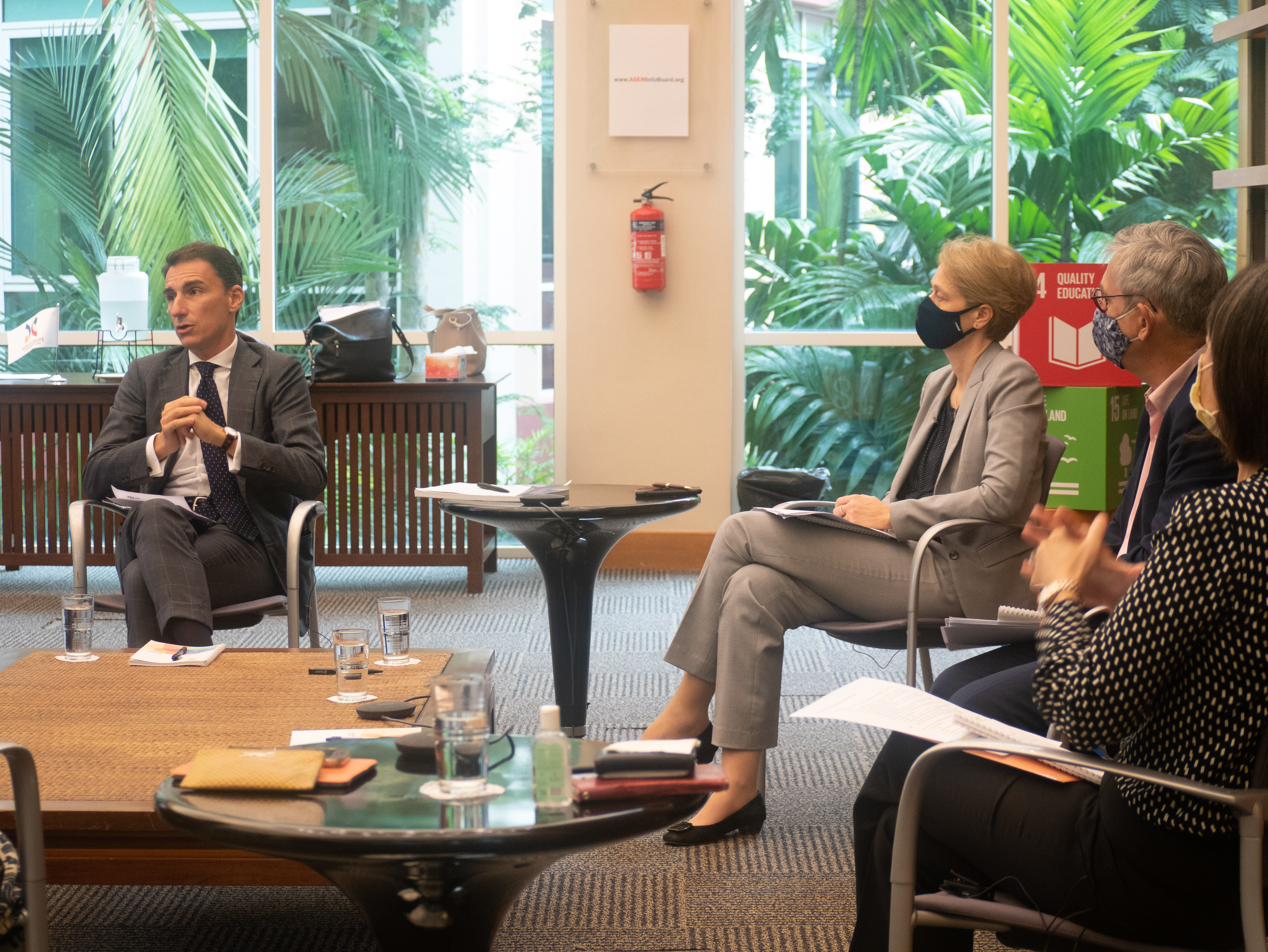 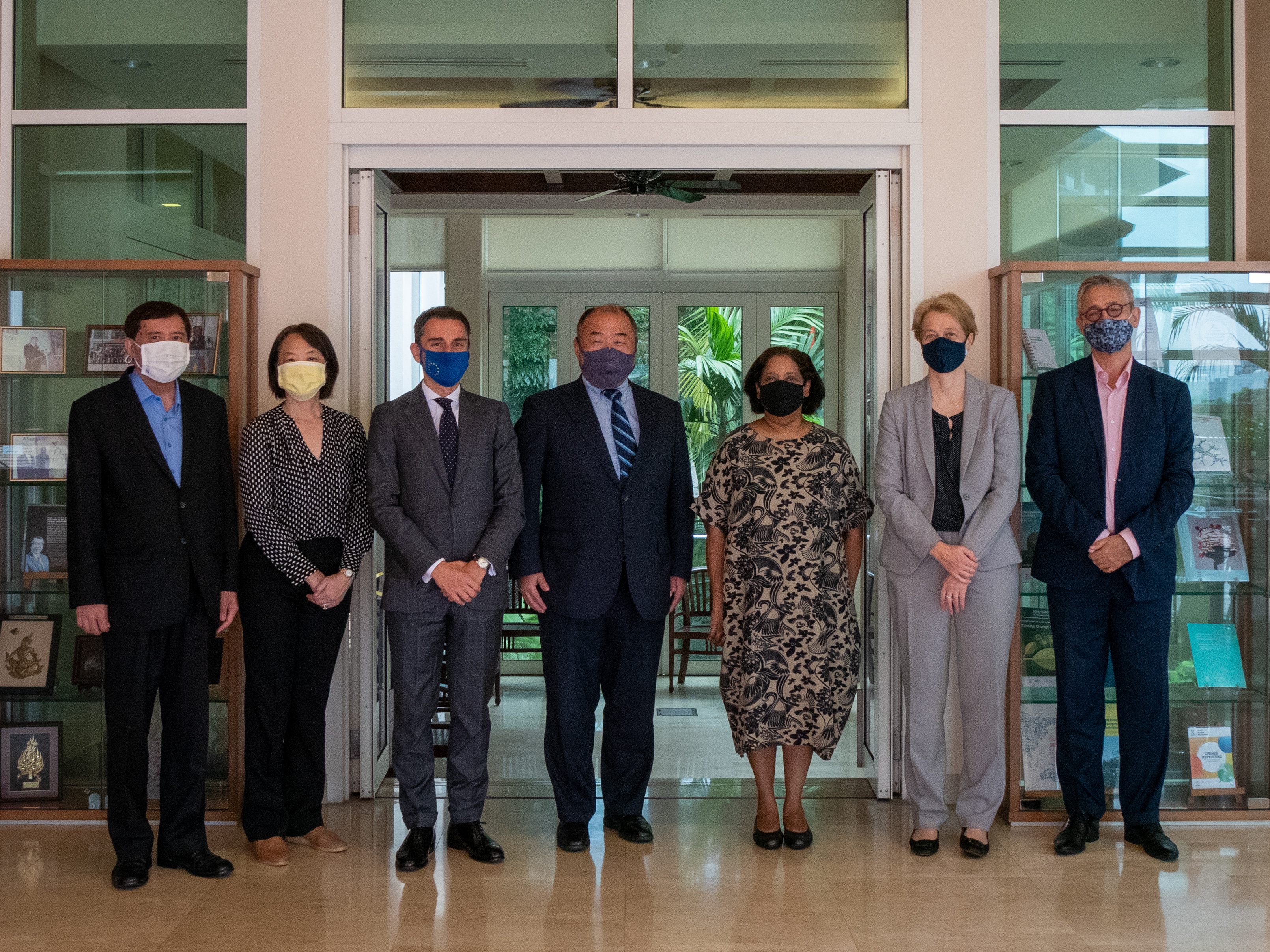 
Report on ASEF Seminar on the Regional Comprehensive Economic Partnership (RCEP): To Bloc or Not to Block?